The Mauritshuis museum in The Hague, which owns what is perhaps Vermeer’s best-known masterpiece, “Girl With a Pearl Earring,” has teamed up with Google Arts & Culture in Paris to build an augmented-reality app that creates a virtual museum featuring all of the artist’s works.

Johannes Vermeer, whose acute eye captured the quiet beauty of Dutch domestic life, was not a prolific artist: Just 36 paintings are widely acknowledged as his work. Still, anyone who wanted to see them all had to travel far and wide — to New York, London, Paris and beyond.

The Mauritshuis museum in The Hague, which owns what is perhaps Vermeer’s best-known masterpiece, “Girl With a Pearl Earring,” has teamed up with Google Arts & Culture in Paris to build an augmented-reality app that creates a virtual museum featuring all of the artist’s works.

For the app, the Metropolitan Museum of Art has contributed images of all five of its Vermeer masterpieces, while the National Gallery of Art in Washington and the Rijksmuseum in Amsterdam, each with four, have also given photographs of theirs. Two more have come from the Louvre, and three from the Frick Collection. The Isabella Stewart Gardner Museum in Boston has shared an image of “The Concert,” the Vermeer that disappeared after being stolen from the museum’s collection in 1990.

That painting will be on view once again in Meet Vermeer, the digital museum. Starting Monday, the free app will be accessible to anyone with a camera-equipped smartphone.

“This is one of these moments when technology does something that you can never do in real life, and that’s because these paintings could never be brought together in real life,” said Emilie Gordenker, director of the Mauritshuis.

She explained that some of the 17th-century paintings were too fragile to travel, while some were in private collections, and the Gardner’s was lost. But even under different circumstances, it would be unlikely that all the owners would be willing to part with all of their prized Vermeers at the same time.

The 18 museums and private collections that own Vermeer paintings, however, were willing to provide high-resolution digital image files of their Vermeers to the project.

Vermeer, a somewhat mysterious figure who lived and worked in Delft, the Netherlands, is thought to have created about 45 paintings during a career spanning nearly two decades. Some are believed to have gone missing. Besides the 36 works that a majority of Vermeer scholars accept as authentic, other paintings have been attributed to him. Because the art world continues to debate their authorship, Gordenker said this virtual museum would not include them.

Although many of these images are already on the museums’ websites, Gordenker said she wanted to give the public a sense of the paintings’ size in relation to one another — something that is hard to convey in a flat picture on a screen.

Opening the app, visitors gaze down at a museum with no ceiling. To enter one of the rooms displayed, they touch the phone’s surface, pinching their fingers together and then opening them. As they land in a gallery, the perspective shifts so that they face the walls, where the framed paintings hang. Zooming in, they can approach each work and examine it closely.

The first room is devoted to Vermeer’s earliest works. The rest of the museum is organized thematically, exploring subjects such as “contemplation” and the studies of faces known as “tronies.”

Laurent Gaveau, director of Google’s Arts and Culture Lab, a nonprofit developed to experiment with new ways to make art and culture accessible to the public, said this was the first virtual museum that Google had created, but that he could certainly imagine making more.

“We could think about all kinds of museums that never existed,” he said in a telephone interview, although he added that no other such projects were yet in the works. “We want to first see how people will react to this, and we want to see, from a technological standpoint and a user standpoint, if it’s right and how it can be improved.”

Paintings by Vermeer have long been reproduced in all types of formats, from posters to patterns on handbags and umbrellas. But as the technology improves and visitors have the artificial but intimate experience of seeing high-quality reproductions in a museum setting, does Gordenker worry that they will be less motivated to travel for the real thing? 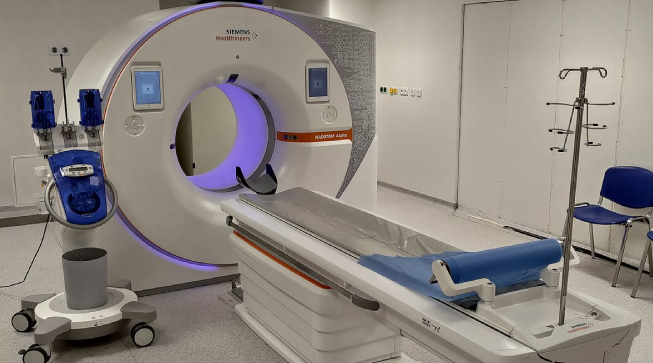 In its second edition, the Military Literature Festival 2018 in Chandigarh turns ground zero with stories of heroism, discussions on