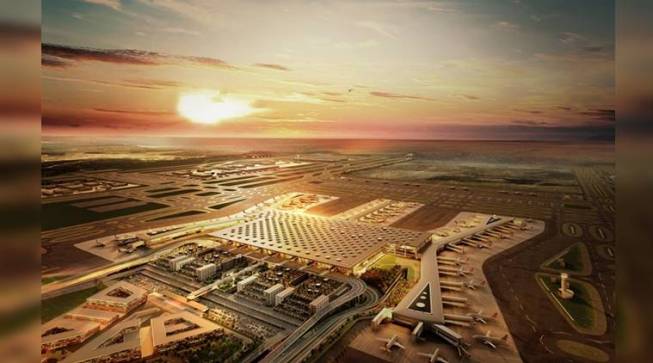 The airports of the future have arrived

Two of the biggest airports in the world — Istanbul and Beijing — aim to make travel easier and faster for the passengers who use them.

Air travel is growing in popularity across the world, and the global aviation system is undergoing projects big and small to keep up.

And those people, she said, won’t just be in places where flying is already popular. “An emerging economy now will be an advanced economy later,” Gittens said.

New and expanded airports are needed to meet that demand. Istanbul, for example, has already begun opening its new airport in phases that will eventually be able to accommodate hundreds of millions of travelers a year. When it is completed, it will be the world’s largest.

Beijing is set to get its own new airport up and running next year, one that will come close to rivaling Istanbul’s in size and ambition. (It was designed by architect Zaha Hadid before she died in 2016.)

The key to making both airports manageable for passengers, Gittens said, is taking advantage of technology to facilitate how people and goods pass through them.

The airports’ designers agreed, and said that efficiency has to start with the buildings themselves.

“We’re starting to arrive at scales which were previously unimaginable for the size of these airport buildings,” said Andrew Thomas, a partner at the architectural firm Grimshaw, which designed the Istanbul airport along with the Nordic Office of Architecture and Haptic Architects. “It almost doesn’t matter what you put in it if the walks are so long that people are exhausted by the time” they get to their gate.

The designers of the Beijing airport agreed. “You keep it on the human scale,” said Cristiano Ceccato, an associate director and director of aviation at Zaha Hadid Architects.

“I think one of the things we can really expect is that biometrics will be used throughout the entire process. If you can avoid people having to stop and queue — stopping and queuing takes up space — if people can move, they don’t need as much space,” she said.

Thomas agreed that biometrics, including facial recognition technology, will likely take on a bigger role as those technologies develop, but he said other systems already exist that make airports more efficient than they used to be. For example, he said, automation is making it quicker and less stressful for most travelers to check in.

“The process, as it becomes automated, becomes much more simple,” he said. Istanbul will still have check-in staff, “but they move from behind the desks and they deliver much more personal customer service.”

Beijing’s airport is taking automated check-in even further, according to Ceccato. Normally, he said, airports have two levels: one for departures and one for arrivals. But Daxing International will have a third floor with a new format.

“A purely self-processing level for domestic travelers — no ticket agents or anything,” Ceccato said. “They realized that the full service check-in that you have upstairs, most people don’t need that anymore. They just need to get on with it much like they’re taking a train. That is a big facilitation to making the travel as seamless as possible.”

While Istanbul and Beijing are two of the more high-profile projects in the works right now, airports around the world are undergoing improvements to keep up with demand as well. Los Angeles International and La Guardia in New York are essentially being rebuilt (one phase of the La Guardia project opened in November), and John F. Kennedy will also be overhauled in the near future. London’s Heathrow is set to begin building a third runway, and Amsterdam is studying a similar project. In the coming years, Berlin should have a new airport that has been under stop-and-go construction for more than a decade, and Sydney has plans for a new airport, too.

Smart Devices and How To Use Them

A lot of people who buy “smart devices” are generally too stupid to lean how to use them. Why is